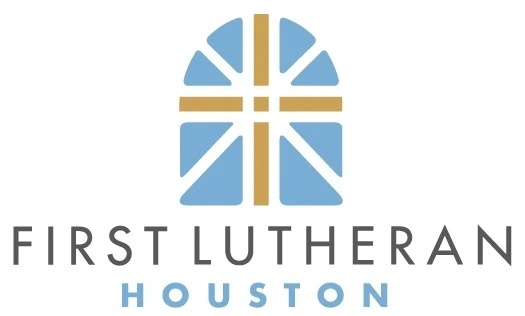 FOLLOWERS OF JESUS. FRIENDS IN COMMUNITY. PEOPLE OF HOPE.

On Thursday, October 24, 2019, we hosted a debate on the Biblical View of Social Justice. It featured Dr. Joel McDurmon and Doug Pagitt. You can find the audio here and the YouTube link here.

On Thursday, March 21, 7:00, we hosted a debate between two philosophers on a very basic question: "What is Man's Purpose?" Depending on one's presuppositions, there are many different ways to answer that question, both within Christianity and between a believer and a nonbeliever. Houston Community College Professor Evan Friske engaged with Dr. Stephen Pena of San Jacinto Community College. The audio for that debate is available here. Video is here.

On Saturday, April 26, we hosted a debate on contemporary and traditional worship practices. The question was: "Should worship change with the times?" This debate featured the pastor of First Lutheran, Evan McClanahan of First Lutheran, and Clinton Wilcox, a contemporary worship leader at Trinity Lutheran Church in Fresno, California. The audio for the debate can be found on the Sin Boldly Podcast and the video is on YouTube here.

​​​Our debates to date have had audiences of about half believers and half skeptics, so all are welcome to hear what the speakers have to say. To be informed about future events, please fill out the form below.

​All First Word debates seek to be scholarly and fair. The speakers will have equal time to present their arguments and to offer rebuttals. There is always time for guided conversation and/or Q&A from the audience. Most in-house debates are about two hours in length to allow for as full a case as possible to be made.

On Saturday, November 10, 2018, we held a fascinating debate featuring two scholars with diametrically opposed worldviews. Both believe, of course, the worldview they hold benefits society while the other harms it. Dr. McDurmon defends a biblical worldview while Dr. Carrier defends secular humanism. This debate is different from past debates in that it is decidedly not a merely philosophical debate, but a debate that seeks to "cash out" theological convictions and assumptions. It also places an equal burden of proof on each speaker.  You can view the debate here.

On November 7, 2018, we held a debate that featured Houston philosophers Evan Friske and Travis Ross on the origin of morality. Professor Friske defends an Aristotelean view that the "telos" of a thing or person helps to define the good. Professor Ross defends intersubjectivity. The format is as follows: 15 minute opening remarks, 2 8-minute cross examination sections each, 20 minute open conversation and 20 minutes for Q and A. View it here on YouTube.

On Thursday, April 19 at 7:00 pm, First Word presented a debate on "God and the Problem of Evil". Local philosophers Evan Friske, a Christian believer, and Brian Deer, an agnostic, answered this age-old question from a philosophical point-of-view.  Watch it here on YouTube!

In November of 2017, we hosted debate on the Biblical View of Free Will. That debate featured Dr. Sonny Hernandez and Dr. Theodore Zacharides from the Reformed camp and Dr. Leighton Flowers and Dr. Johnathan Pritchett from the Traditional Southern Baptist camp. The debate has gained attention as it has been reviewed by Dr. James White, Pr. Jordan Hall, the Bible Thumping Wingnut Podcast and more. You can view it online here.

​On Saturday, June 3, 2017 we hosted a debate between apologist Dr. Sonny Hernandez and one of America's best-known atheists Dan Barker on God's existence. This was a bit of deja vu as the very first debate we held was between Dan Barker and John Mark Reynolds on the question, "Does God Exist?" As Dr. Hernandez is Reformed and holds to a presuppositional apologetic method, this debate lived up to its promise to offer a different way of answer the question than some other debates. You can view this debate on YouTube here.

​​January 16, 2016.  Dr. Sam Waldron, Ph.D, dean of Covenant Baptist Theological Seminary and professor of Systematic Theology argued against the continuation of the gifts. Mr. Matt Slick of Christian Apologetic Resource Ministries argued that they have continued. This was a debate between two Christians who agree on much theologically and both seek to bring Christ to the world. But on the issue of the continuation of the gifts of the Spirit, they differ. Why? And what are the consequences of this belief? You can download the audio here or view it on YouTube here. ​

​​​November 14, 2015. The 2015-2016 season kicked off with a spirited debate on whether or not the soul exists. This debate featured Eric Hernandez and Matt Dillahunty and asked if there is anything beyond the material world, and if we are anything more than our bodies. Held on Saturday, November 14, this unique debate will surely be of interest to those who are looking for debates that are rarely hosted. The topic provided for fascinating fodder and a lot of passion on both sides. You can download the audio here or view it on YouTube here.

April 18, 2015. First Lutheran presented a debate on the resurrection of Jesus. The two debaters addressed the statement, “Jesus did not rise from the dead”. Christian apologist Tom Peeler and trial attorney Geoffrey Berg were on the dais. Tom is the president of the local chapter of a different apologetics group, Reasons to Believe. Geoff is a well-known attorney and activist in Houston and host of Partisan Gridlock on KPFT, 90.1 FM Friday afternoons. If you are a subscriber to the Houston Chronicle, you can read a great preview of the arguments here. You can watch the debate on Youtube here.

March 21, 2015: Scott Swiggard of Reasonable Faith Houston presented a lecture on the Shroud of Turin.

September 20, 2014: An Evening with Dr. James Tour. Dr. Tour of Rice University presented a lecture called "Science, Faith, Chemical Mechanisms and Reflections on Darwinian Evolution." To those unable to attend, you can download it through the Podcast feed here.

​April 26, 2014: Our second debate was between Christian apologist Eric Hernandez and HCC Philosophy Professor Dan Flores on the question, "Is God Necessary?" You can view this debate here.​

November 8, 2013: Our first debate was held at HBU in November, 2013. That debate was between John Mark Reynolds and Dan Barker on "Does God Exist?"

Be the first to learn about future debates!

Photos from past and future events